Will the next-generation aircraft meet the challenges of airworthiness certification?

The world of aviation is evolving. Manufacturers of next-generation aircraft are faced with many challenges; type certification is not the least of them. What does it involve for these manufacturers to obtain type certification? Are innovative airplanes subject to the same rules and regulations as conventional aircraft? What differs, what does not? Learn more in the discussion with Raphaël Hallez.

Raphaël, can you introduce yourself to our readers? 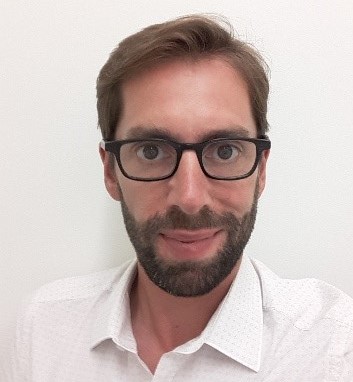 I have been working for nearly 20 years in the field of acoustics and vibrations engineering at Siemens Digital Industries Software. I have been involved in many projects, helping our customers with the development of traditional and next-generation aircraft, using a variety of simulation and testing techniques.

Recently, I follow with great interest and quite some excitement the aviation industry going through a transition phase. The industry is aiming for greener, quieter, and easier air transportation.

For example, I was fortunate enough to fly aboard a fully electric aircraft. I performed some noise measurements to assess the impact of electric propulsion on the overall exterior and interior acoustical landscape. It has been an amazing experience, a quiet and extremely pleasant flight!

What is airworthiness certification and why is it important for next-generation aircraft?

One of the steps in airworthiness certification is the ground vibration test, which is a structural dynamics test performed on the ground before the aircraft’s maiden flight. Since it comes at the end of the development cycle, there is a lot of pressure to complete this labor, data, and sensor-intensive test as quickly, accurately, and flawlessly as possible.

Over the years, Simcenter™ engineers have gathered a lot of expertise in performing efficient ground vibration tests and share it in a white paper.

Indeed, manufacturers of traditional aircraft are now familiar with the process of getting their latest aircraft designs validated. They master the steps of the well-known procedure. Additionally, they can rely on data obtained in the tests of predecessor’s models to plan, prepare, and speed up their tests. Their focus shifts to getting the tests done as quickly as possible so that costly prototypes are not immobilized for too long. They also take the opportunity of this mandatory test to obtain additional insightful data that helps validate simulation models, for flutter analysis, for example. We constantly work on improving our Simcenter Ground Vibration Testing Solutions to help manufacturers speed up their test procedures and get more insights from it.

However, the world of aviation is changing. Given the stringent regulations for reduced emissions, we see many aircraft manufacturers design and develop innovative aircraft architectures and lightweight structures that use composite materials. The electric propulsion systems, for example, offer more possibilities for disruptive aircraft configurations. Electric vertical take-off and landing (eVTOL) airplanes open new horizons for enhanced mobility. Personal or urban air mobility (UAM) concepts flourish. However, these new architectures and materials bring uncertainties around the aircraft’s structural dynamics performance. They increase the workload required to validate and tune their performance, while the time constraints remain. Engineers strive to meet tight program deadlines. The issue is that they are lacking both experience and physical data about these next-generation aircraft structural dynamics performance.

What challenges do these next-generation aircraft face when it comes to certification?

There are as many aircrafts variants as there are companies making them. Currently, we estimate that over 200 companies are working on designing a next-generation aircraft. The development of new electric propulsion systems and the evolution in material composition and designs change the industry. Yet safety is not to be tampered with. It is hard to apply the conservative rules and regulations to such a diverse ecosystem.

Consider a company involved in the development of small personal flyers such as Kitty Hawk. Kitty Hawk planes may look like oversized drones, they must undergo a set of strict tests to ensure that the aircraft is safe to fly. Kitty Hawk’s Michael Huerta, who is a former FAA administrator, clearly explains why a safety culture matters in aviation. Although some eVTOLs resemble flying cars, as we remember them from science-fiction movies, the safety culture pervades the aviation industry much more than it does the automotive industry.

Manufacturers need to address certain issues to ensure the safe operation of next-generation aircraft and more specifically eVTOLs. Certification agencies such as the European Agency for Space and Aviation (EASA) have taken the specificities of VTOLs into account and issued special conditions to enable the safe operation of hybrid and electrical VTOL aircraft. The industry is learning every day from experimental aircraft. We closely monitor the evolution in the industry.

Some companies develop very innovative designs. The problem is that those designs are completely new, completely different. It is impossible to rely on existing data to speed up the certification process. On top of that, these companies are operating in a very competitive market. They don’t have much time ahead to iterate on design variations.  Prototyping and trial-and-error are too costly and time-intensive methods for those programs.

When it comes to ground vibration testing, we sometimes need to adapt to a fully new configuration. Where should we place the shakers and sensors to properly capture all modes of interest? Which excitation force is required? How do we take non-linear responses into account? How do we document the tests to ensure successful aircraft certification?

Back in 2018, I had the opportunity to perform a GVT on an experimental electric propulsion aircraft. It was exciting to work on such an innovative aerial vehicle. The test campaign allowed us to clearly extract the resonant modes of the composite structure. We also used state-of-the-art techniques to identify structural non-linearities. Even though we could not rely on existing data to test our experimental plane, I was happy to count on the experience of our Simcenter Engineering Services team to support me with fast and accurate GVT. I expect to witness similar tests on further electric propulsion and eVTOL aircraft, as concepts and demonstrators give way to commercial models. To mention one, the Pipistrel Velis Electro recently became the first fully electric aircraft to obtain type certification from the EASA.

What is the role of the digital twin in the certification process?

The digital twin allows you to fly an aircraft before it is built. This means that you save cost and time on demonstrators and prototypes. Of course, if you could certify your digital twin for its airworthiness, you could save additional time and effort. Today, the certification process still requires acquiring a large portion of physical data on prototypes or first models. Only a portion of the process can rely on simulations. Next-generation aircraft manufacturers build actual demonstrators to experimentally verify and validate the performance attributes of the aircraft. Today, a certification process cannot rely exclusively on the digital twin’s performance neither for traditional nor for next-generation aircraft.

The tight integration of test and simulation tools (pre-test) is even more critical when it comes to designing and developing innovative aerial vehicles. This integration helps to better address the unknowns linked to the usage of new materials or to innovative configurations. It also helps to de-risk the test. Simulation, for example, is essential to preempt any testing issue by supporting careful test preparation in the pre-test phase. This is just one example of the many advantages of the integrated test and simulation approach that we take with Simcenter.

Are you involved in the development or type certification of next-generation aircraft? Share your experience or ask your question to Raphaël Hallez in the comments below. Read also the blog post: “Supporting the development of autonomous urban air mobility vehicles”

This article is repubblished from the Simcenter Blog